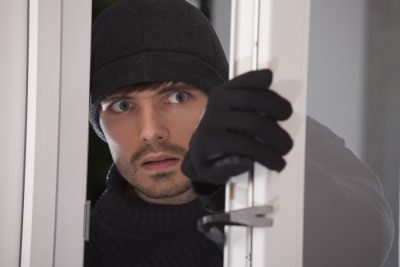 Appleton, Minnesota – Swift County Sheriff’s Office reports dispatching deputies to a call of a burglary at a local residence Monday night at around 9:45 p.m.

Deputies arrived at the scene 5 minutes later to find the homeowner, 48-year-old Kim Holthaus suffering from a gunshot wound to her forearm.

According to Holthaus, she saw a person she didn’t know on her outside security camera and went to another room to arm herself for self-protection. But when she turned around with the gun in her hand, a man she described as tall and muscular was standing right behind her.

The intruder grabbed the gun and a struggle for the gun began. The gun fired, striking Holthaus in the arm and scaring away the intruder who fled the scene immediately in a vehicle.

The victim was treated at the scene by paramedics and taken to Appleton Area Hospital with non-life-threatening injuries and released a short time later.

Holthaus told investigators she didn’t get a good look at the man because it was dark, and didn’t get a description of the vehicle he fled in. Swift County Sheriff’s Office is asking anyone with information about the crime and the suspects to call them right away.

Good home defense is planned, trained and prepared for. And no home defense plan is complete without taking into account the possibility of being wounded. A quality medical kit is an essential piece of gear to keep you and your loved ones alive until police and an ambulance can get to you.

From the situation above we can see that it took law enforcement 5 minutes to respond to the scene. This is plenty of time to bleed out before help gets to you.

Read here for the Complete Home Defense – Tactics For Defending Your Castle for the latest tactics and techniques of home defense.